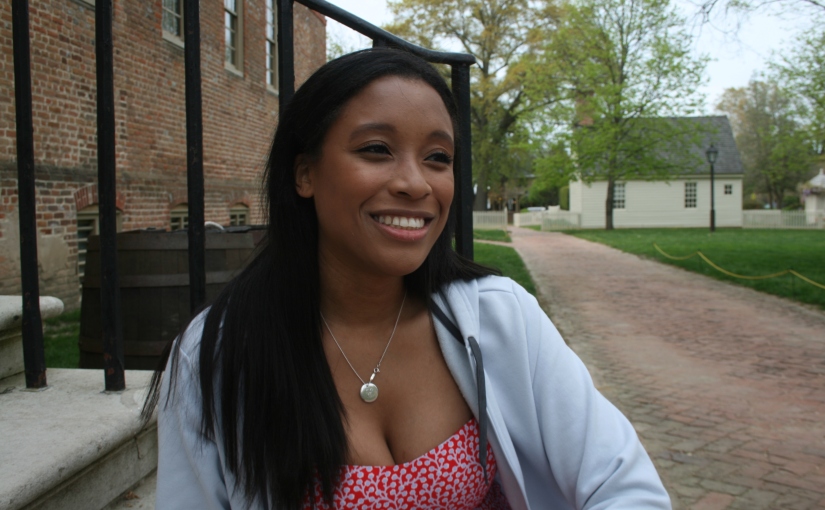 What piece of advice would you give to future William and Mary women?

The one piece of advice I would give is to not be intimidated when you are the minority voice in the classroom. Many of the subjects such as STEM, geology, business, and even some history classes are male dominated and they tend to dominate the class. Do not let that scare you. You are just as knowledgeable if not more so, and what you have to say is important.

In your interview, you spoke about your experiences at an all girls high school (I believe, I may be misremembering) and how that differed from your learning experience at William and Mary. Can you explain this idea in detail and how you adjusted to education at William and Mary?

Yeah, that’s right! My mom went to an all-girls college and was adamant I went to an all-girls Catholic high school. When I hear from so many of my friends that they hated high school and don’t talk to their high school friends, I get sad because my experience from the beginning was probably some of the best times in my life, not that I am someone who lives in my high school glory days, but our community was so bonded it genuinely like a sisterhood. I was in a sorority at William and Mary and I would still say nothing compares to AHC. These girls supported me and still support me and everyone in my class to this day mentally, spiritually and professionally. Outside of the community, going to an all-girls school I never had those feelings that because I am a girl I can only do certain activities and pursue certain careers. I saw female leadership as a norm and my all-girls school reinforced that idea and the idea that women are and will continue to be powerful leaders. It was funny because when I freshman at William and Mary I thought it was so weird to have a class with a boy and that boys go to school too and are actually smart and articulate. Going to an all girls school I truly just saw women as “the smart ones.” I don’t know if that’s bad. [laughs] So coming to William and Mary, it was an adjustment, but I never felt intimidated my male counterparts or timid in class because I knew that I was not less than.

Also going to an all-girls school I realized how important it was to support other girls and become a future example for younger girls because it truly does make a difference, and everything is so much easier together.

What has been the greatest challenge for you as a woman at William and Mary?

I feel like my biggest challenge as a woman, but specifically as a woman of color at William and Mary, is that I felt like I had a responsibility to break the mold that society constructs and perpetuates for women of color. I felt an invisible pressure to beat the expectations my professors and peers had of African American women. I’m not saying that William and Mary is a hostile place for women of color, but last year marked the 50th anniversary of African American women being accepted into the College of William and Mary. The second oldest college in the nation. I think while that is something that should be celebrated, it is also something that should leave a sour taste in everyone’s mouth. Even 50 years later, I had classes where I was the only African American woman. And although I know I am not inferior to my peers, that environment is intimidating and inherently creates pressure. However, this challenge never discouraged me from being who I am and doing what was needed to be done.