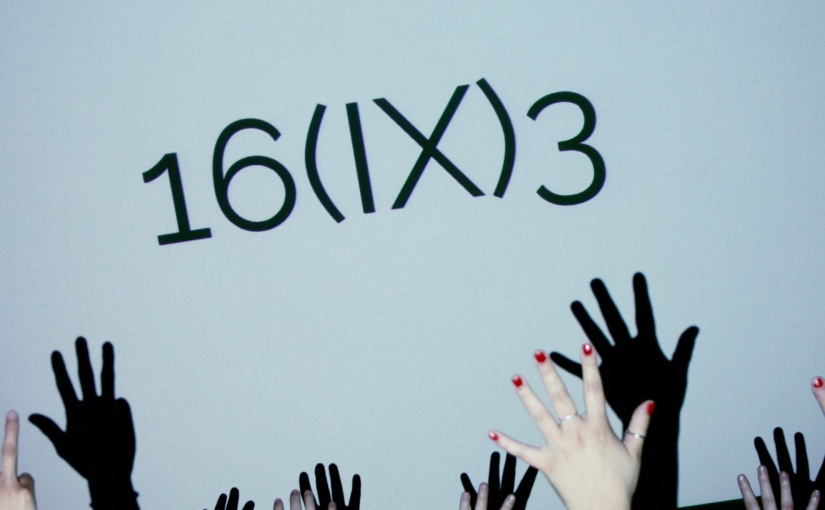 16(IX)3 is an independent campus initiative working to reform William and Mary’s policies and process regarding sexual misconduct. If you want more information about the group, you can find it on their facebook page or on their website, there you will also find the petition mentioned in this interview.

How has 16(IX)3 grown in the past couple months?

When it started, it was just Abbey and I. In terms of the proposal itself, we only had two inputs. It was just the two of us giving our own insights given what we went through, so over the past couple months, even just weeks after we started, we had other people start coming to us, giving their own insights, both advocates and survivors, even external organizations, not affiliated with William and Mary, but dedicated to making changes on college campuses. It was kind of that transition from the two of us to many people working together that made [the process] feel very collaborative and it’s grown in that sense. Now we have this proposal that had originally four points between Abbey and I and has now grown into an eight-point, pretty substantive proposal. Apart from that, we’ve also had input from administration, so it’s grown in that sense as well because we have been able to learn what they think and compromise what could work with the students as well as what could work with the school.

How have you been feeling about the process?

Initially because it was so fresh, my investigation ended in January, it sat for maybe two weeks before we started this project. We had to take a moment and think about what we went through, and then we started compiling a folder of everything and realized that although a lot of things had been going well, there was still a lot of things that needed to be done. We understood that this was a new program, and the administration seemed really open, even while we were going through the process, for feedback. We thought this could be a more official way of providing that feedback, not just for us, but for other people. Our biggest motivator has been hearing other people’s input or concerns with this, whether or not they have been through the reporting process. Some people had gone through it, others were just advocates from different organizations and supporters, people who knew somebody who had gone through the process. It was those people who could help develop the project.

I feel good about it. I just keep seeing it grow, especially this past week with the petition. I feel like we’ve just exceeded a lot of our expectations, even our personal expectations that we had in January. It gives me a lot of hope to know that a large chunk of our community cares. I mentioned this in my Flat Hat article, but my goal is to see more action from the student body. As a community we promote a lot of trust, respect, and love, but that has to get translated into action or else changes aren’t going to happen.

That’s my goal. You can say one thing, but if you’re doing it, that’s a whole different level.

If you could say one thing to students at William and Mary right now, what would you tell them?

The first thing that popped into my head was, “Get up, stand up” by Bob Marley. (*laughs*) It’s really simple. We want to be good students, and we want to focus on our schoolwork. We trick ourselves into thinking that we don’t have enough time to help other people. We actually have a big chunk of time that we can help people in small ways. Just signing this petition for example is a small way you can help a ton of people. Into the future as well.

If this stuff gets passed, not only do you get to say that you were committed to this, but you get to help everybody that comes after you at William and Mary. I really do care about this school, and I want it to last, to have a good reputation. I want to say I graduated from William and Mary with pride.

I’ve said this multiple times, even during my investigation; my wish is to see William and Mary become a leader against this phenomenon [of sexual assault on college campuses] that has been going on. I know a lot of colleges now get scared of coming out and actually making changes, so it’s the student body that has the power to support that. We can support our school in trying to make this change, so get up, stand up.

How do you see William and Mary as an institution differently than before your whole process started?

It’s kind of funny. A lot of what made it really clear to me was having a conversation with my parents where we were remembering when I first came here for a tour, and I think it was hard for them to believe that something like that would happen here and especially that the institution wouldn’t be able to hold up to what my parents hoped for. They pinpointed it very clearly; that’s kind of how I felt throughout the process. I had so much respect for this school. I mean out of all the schools I applied to as a high schooler, this was the one I chose to go to.

Ideally, I wouldn’t have wanted to go through a process at all, but it was definitely made worse realizing that my school wouldn’t be able to fully protect me. That has changed over time through this project. [16(ix)3] is helping me feel really hopeful about this school, helping me see that it’s not going to stay this way, so I don’t have to graduate thinking like, “Wow, that sucked.” I can graduate thinking that the school is open to feedback. The school is willing to listen. It’s now our turn. It’s the student body’s turn to come out. We’re given an opportunity to say anything we want to the school, which is awesome.

Abbey and I were talking about this, but the timing of it couldn’t be more perfect. There was a new program instituted during the summer, and we were some of the first ones to go through it, so the school wanted feedback. They wanted to know what worked and what didn’t. The timing of this project couldn’t be more perfect for the school, and they took it up with open arms. They just want to make sure that it’s not just the two of us that are leading it, and the petition shows otherwise. We’re constantly meeting with other people to see what their concerns are, and like I said, the proposal has grown because of that. We just want to show the school that the students are ready for this, the school is ready for this, I think it’s time we took a step forward towards progress.

Is there anything else you want to say to the world?

Sign the petition. To be honest, that’s going to be our biggest in. Hopefully we’ll go to this Board of Visitors meeting saying, “Look how many students have already signed this petition.” Like I said, we’ve already exceeded our goals, our personal goals at least. I think that’s what the school wants to see. They want to see that the students are committed to this, that they care. Or else it seems like it’s just ten people that are up in arms. Our petition shows that the people are ready. They know there’s a problem, they’ve ready enough, I mean, we’re William and Mary students; we’re really smart. The school is just sitting back and seeing how the students are going to react.

We’ve been given a time slot of about a month, and that’s all we’re going to get really. It’s a golden window [before the Board of Visitors meeting at the end of April], so I think it’s exciting.