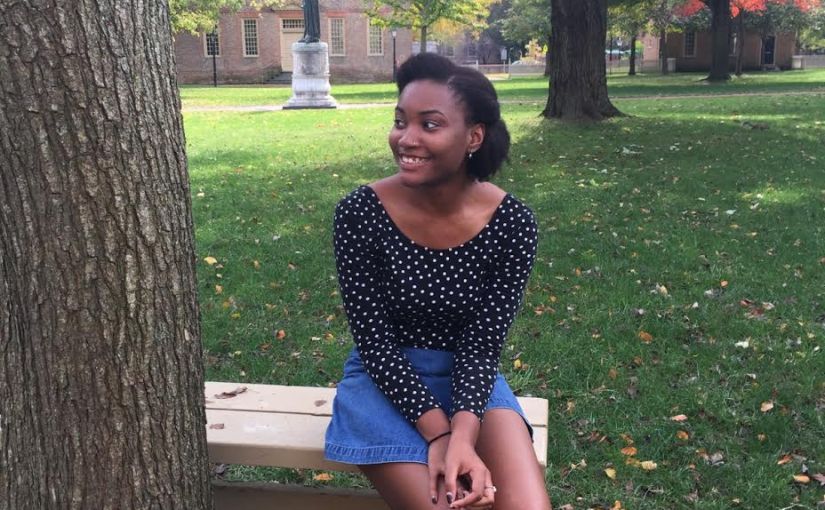 “I knew coming into college that I wanted to find a group for black students or minority students. Now I’m now in a group where everyone is really welcoming; it’s a very inclusive group of young women. It just reaffirms my belief that even though we are the minority at this school, there is still a place for us and there will always be a place for us.

“Recently, we talked about Raven-Symone’s comments on not hiring people with ‘black-sounding’ names and what that meant for each of us, and how we can combat that and make sure other people don’t feel the same way. We do stuff on campus – we were in the homecoming parade and we are putting together a discussion on black aesthetics. It’s basically a safe space for all of us and it’s all for women of color, no matter how you identify, just to talk.

“There are historically black sororities and fraternities on campus but they aren’t given the publicity that all of the other predominantly white sororities are. So I know in that regard, there’s a pretty large disparity. The spaces that black people have created on campus…I don’t know if it’s maybe less funding or just not being given the notice on campus that other organizations have. I know that’s pretty touchy though. But as far as interpersonal relationships, I think everyone is respectful. And if there are ignorant people on campus, they aren’t the majority. In terms of the student body and how we deal with diversity, I think we’re really good.”