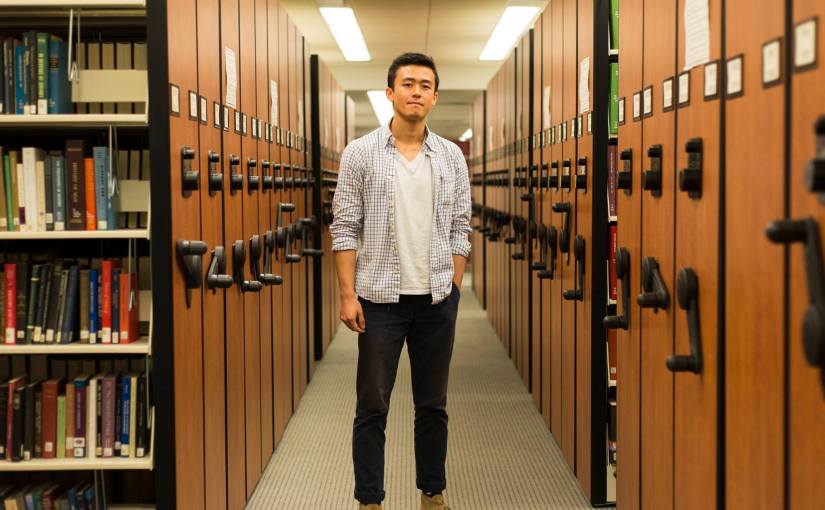 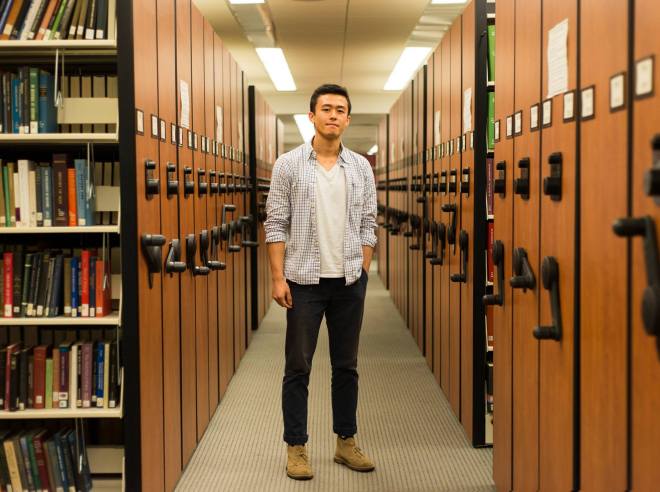 “When we as international students come to the United States we always experience this very profound cultural shock, a shock of cultural disjunction. That experience can very much be applied to minority groups in America as well. A lot of people would think that America has this constitution and American history is a constant rewriting of that constitution, ‘re-constitution.’ Minority groups can draw their inspiration from this ideal of Constitution, to expand their rights, to realize their own identity. It’s almost like hip-hop, sampling upon the original music and you can create something transformative and new. But I think the problem with this ideal of Constitution is, what if it is not something transcendental, objective, neutral, bias-free. What if the Constitution is a historically contingent product, written by certain group of historical actors at a certain period of time? What if that group of historical actors are composed largely of white, Anglo-Saxon Protestants? What if the Constitution is fundamentally infused with and penetrated by Protestant ethics and Enlightenment mentality? Then the minority identity, the international identity, the cosmopolitan individual that arises from it is deeply problematic, because we have to fashion our own identity within this framework.

“I’m not advocating for a very conservative approach, where you want to revive something simply because it is no longer flourishing or not in the same condition as before, where you simply want to combat the dominant discourse. What I’m trying to suggest is you have to engage in a creative transformation of the past. You have to critically reflect upon it and appropriate from it. The problem with the modern Chinese right now, not only with the students but also intellectuals and everybody, is after experiencing the May Fourth Movement and socialist experiments like the Cultural Revolution, those iconoclastic movements, we now suffer from a historical amnesia, a very profound cultural, spiritual emptiness. Without that sympathetic understanding of our own tradition…tradition lives through us as a very thin cultural fabric. It’s almost like a cultural residue from the past. I think it is very necessary to cultivate an understanding of one’s tradition. Otherwise we just live under its shadow. To me, the Chinese identity simply flows through my consciousness whether I acknowledge it or not. It’s omnipresent. It’s forever there. No matter I want to deny or uphold my Chinese-ness, it’s always there. It’s what shaped my past, constitutes my present, and projects into the future.”